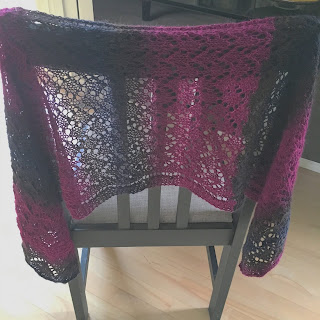 Finally made something from this yarn that I've had for probably more than 2 years. I actually made another shawl with it first but didn't like it so I took it apart and the wool just sat around waiting for me to get an idea.
Even now I re-started a different shawl 2 or 3 times before I settled on this one and now I'm pretty pleased with the result.

I would have preferred a little longer length but I originally only bought 1 ball of yarn and of course it's way too late now to buy more (I don't even know anymore what brand and name it was).
But it's still long enough to wrap around the neck so it will have to do as is.
The pattern is on Ravelry and right now in Dutch only but they claim to do an English version later.
knitting

I have a small display at my daughter's clinic, Serenity Now Massage Therapy so if you are in the St. Thomas, Ontario area you can go in and see (and buy!) some of my creations. 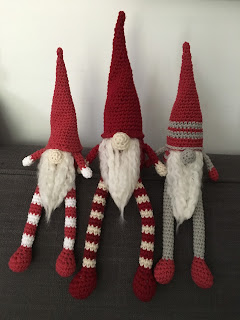 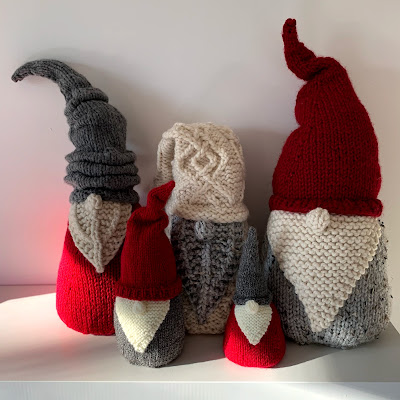 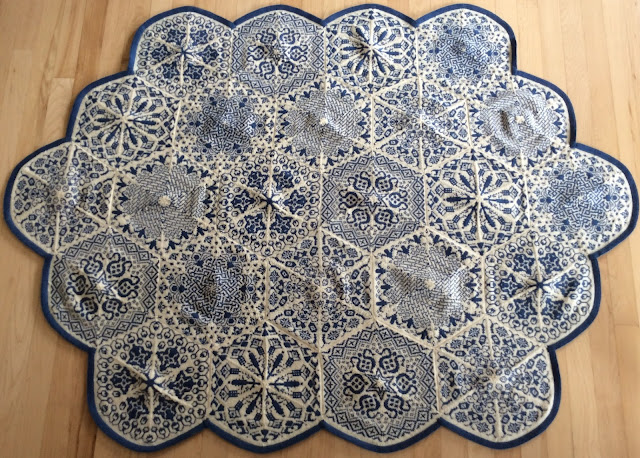